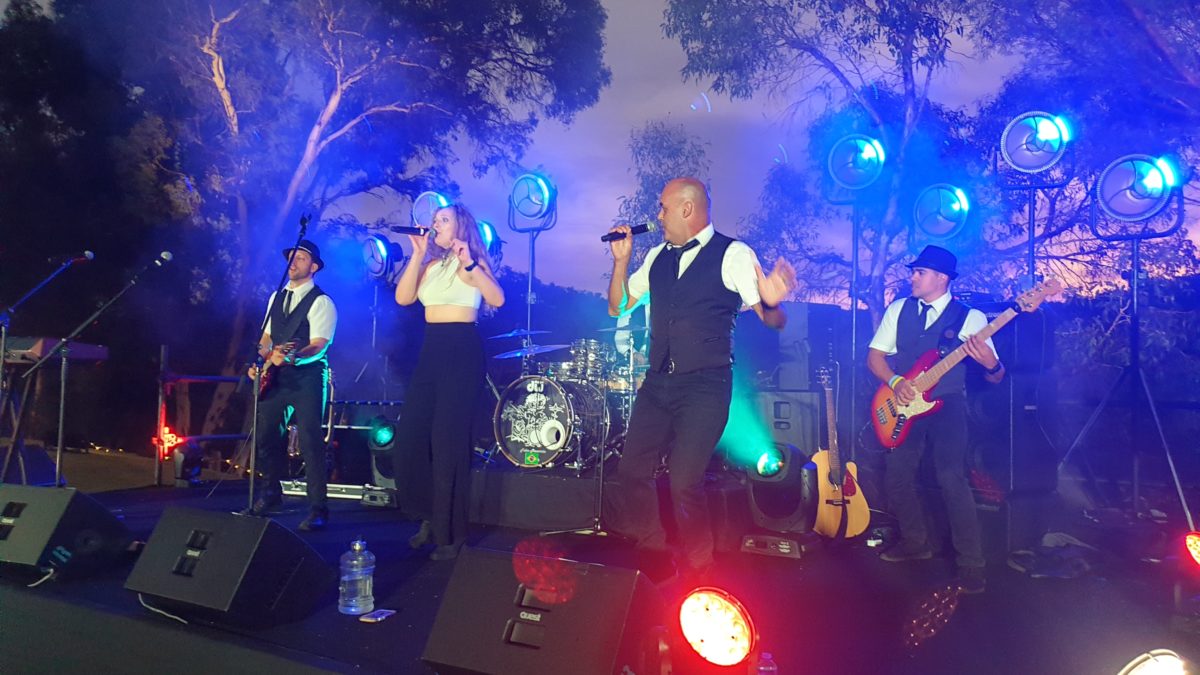 It’s not every day where you get to perform for a Telethon fundraiser in such a lovely setting in Chittering with one of the most breathtaking of views! Mabrouk Park was the host for the evening’s Autumn in Chittering event (supported by the Hawaiian Group and Cable Beach Club Resort) in order to raise money for the Telethon Foundation. With a big crowd that included popular faces such as Adam Gilchrist and Scherri-Lee Biggs, the buzz created by all of the chatter and laughter made the crisp evening air feel electric. We were honoured to be the entertainment, and as the sun set over the hills behind us we played with such energy that it echoed throughout the entire valley!